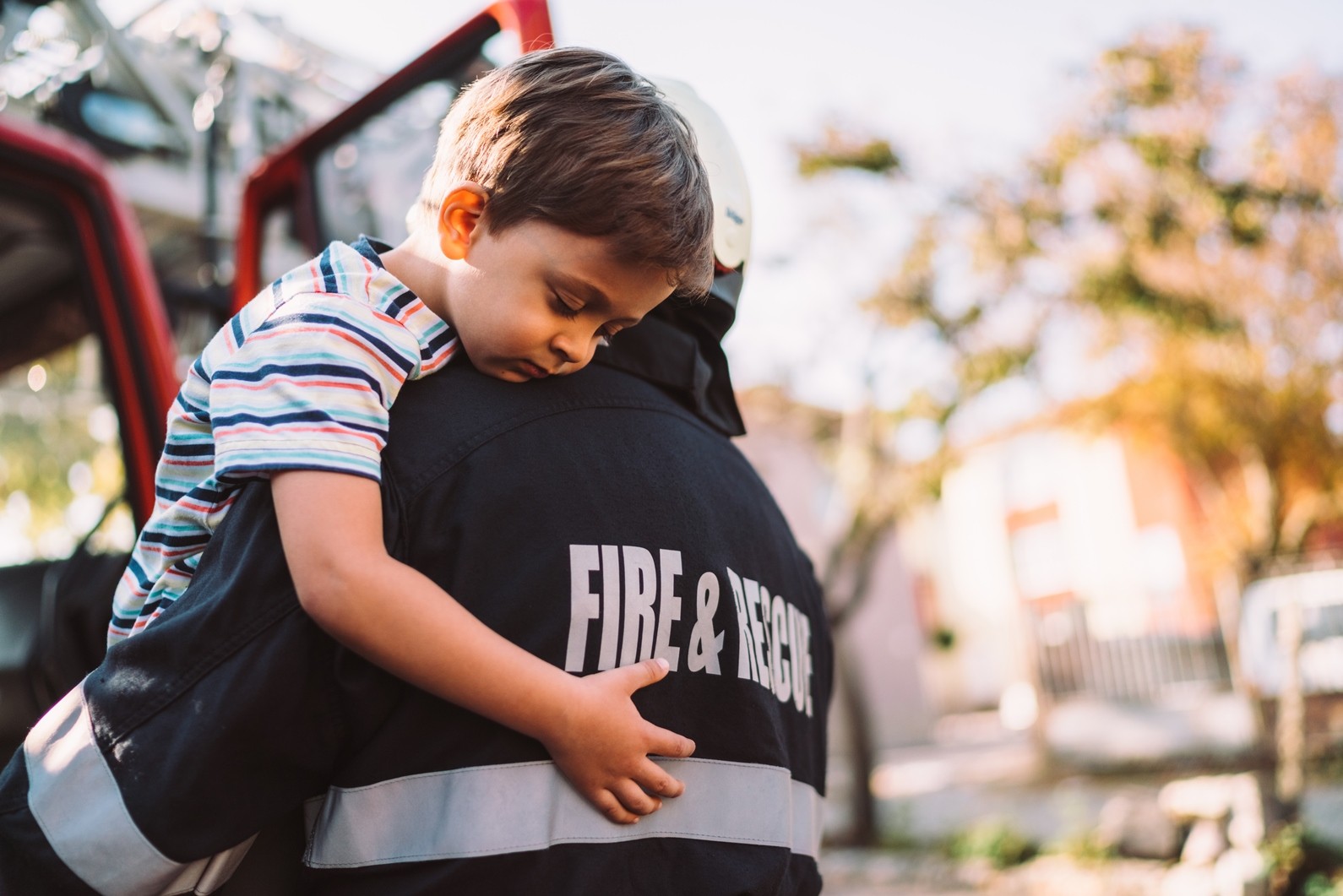 On an unseasonably warm June day, Fitz Thomas went swimming with friends in Goose Creek, a shallow inlet of the Potomac River, in Loudoun County, Va. The 16-year-old senior was partway across the tributary’s 60-yard width when he disappeared from view. His friend Angela called 9-1-1, the first of eight calls seeking help.

The 9-1-1 system bounced her call in the wrong direction, like a rock skipping across water. It landed with dispatchers in Montgomery County, Md., on the other side of the Potomac River, but they couldn’t determine where the call had originated. Angela didn’t know the location’s street address, and she couldn’t use her smartphone to share images of her surroundings. By the time first responders arrived 36 minutes later, Fitz’s friends had pulled him from the water.

The tragic failure of a 9-1-1 system happened in one of the country’s most technologically advanced regions. (The annual Digital Countries Survey has recognized Loudoun and Montgomery counties’ IT accomplishments, including their streamlined delivery of government services.) It could have happened anywhere.

Across the country, outdated technology and crumbling infrastructure are hindering first responders. A review of the Goose Creek incident “lays bare how immediate 9-1-1 responses are still not guaranteed at a time when smartphones can summon an Uber to the spot where customers are waiting,” reported the Washington Post.

Communities count on 9-1-1 systems to route emergency calls to the closest call center or public safety answering point (PSAP); to direct first responders to the precise location of an emergency; and to redirect calls when a primary PSAP is unable to handle spikes in call traffic. Most important, they expect 9-1-1 systems to always be operational.

Graded against those benchmarks, legacy 9-1-1 systems are failing.

Deployed in the 1970s, an era of landline dominance, analog 9-1-1 systems worked well for more than 20 years. With the advent of mobile technology in the 1990s, however, PSAPs could no longer accurately locate 9-1-1 callers. A series of upgrades mandated by the FCC sought to fix some of the problems without improving the underlying technology. “They bolted solutions onto the side of the existing network,” said Darold Whitmer, Senior Vice President, NGA 911.

Over time, rickety analog 9-1-1 systems cobbled together with discontinued components have become increasingly unreliable, leading to misrouted calls, longer response times and more frequent outages. In the event of a major emergency, simply rerouting 9-1-1 calls on legacy systems is a cumbersome process. “There are hundreds of outages every day in the 9-1-1 network, an antiquated system that runs on copper wire and failing switches,” Whitmer said.

Fitz Thomas might have survived that fateful day in June had he gone for a swim somewhere else. Even as the country’s decrepit legacy 9-1-1 systems are failing, a vanguard of state and local governments are adopting Next Generation 9-1-1 (NG9-1-1) technology. Leading the way are California and Elko County, Nev., which have deployed NG9-1-1 solutions from NGA 911 and supported by the Amazon Web Services (AWS) cloud.

NG9-1-1 technology is a digital, cloud-based system that runs on an IP backbone, an essential element of advanced network technologies. NG9-1-1 accurately routes calls to the appropriate PSAP and pinpoints the location of callers within a few feet. NG9-1-1 is robust, redundant and resilient, capable of instantly scaling up in the event of a large emergency. The technology supports video, real-time text and integration with devices comprising the Internet of Things, such as Ring cameras.

California’s transition to NG9-1-1 remedies a chronic inability to accurately route 9-1-1 calls and the catastrophic failure of its legacy infrastructure. In one notable incident, the Palm Springs area lost 9-1-1 service for eight hours.

The state’s new NG9-1-1 system will seamlessly handle 28 million annual 9-1-1 calls, of which approximately are 90% are wireless, and route them to the appropriate local or California Highway Patrol PSAP. “Accurate routing of those wireless calls is critical,” Whitmer said.

Under the old legacy system, the “last mile” of connectivity is strung together copper circuits from the selective router to the PSAP. Now, the last mile is paved with digital IP networks that have multiple layers of redundancy, including LTE backup and the state’s microwave network, CapsNet. Deploying NG9-1-1 also puts California on track to be the first state with a National Emergency Number Association (NENA) i3 compliant solution, which will further improve call routing.

Partnering with AWS ensures a highly available, reliable, adaptable and easily scalable cloud deployment in multiple availability zones across multiple regions. “Being able to integrate new technologies like video, real-time text, delivery of additional data with telematics calls and automatic crash notification are the future that California sees for Next Generation 9-1-1,” Whitmer said.

By comparison, Elko County is a sprawling, sparsely populated jurisdiction, its 52,000 full-time residents spread across some 17,000 square miles — the fourth largest county in the country — a service area that needs highly available and responsive emergency services. “If somebody goes off the road in one of those remote areas and calls 9-1-1, they need to be able to locate that person quickly,” Whitmer said. Until recently, however, Elko County had basic 9-1-1 that relied on 1960s technology and caller ID to identify and locate callers.

In a testament to the relative ease of rolling out advanced digital systems, Elko County transitioned from basic 9-1-1 to NG9-1-1 in 11 months. Now, when an emergency call comes in, the cloud-based NG9-1-1 ESInet and CPE solution immediately pinpoint the caller’s location on a digital map.

"This takes us from 1960s technology with basic 9-1-1 all the way to current in one big leap," said Ben Reed, former police chief of Elko County and former chairman of its 911 Advisory Board.

At NGA 911, we are on a mission to make communication easier on both sides of the 9-1-1 call. To accomplish this goal, we partnered with AWS to develop a cloud-based solution for the Next Generation of 9-1-1. With that comes enhanced cybersecurity, network resiliency, and more accurate call routing resulting in a more effective emergency response. Our solution provides functionality such as real-time text and location-based routing not available in the existing systems. Although PSAPs may not yet be ready for instant messaging, telematics, or medical alerts from wearable devices, our solution was developed with the future in mind and can deliver that information today.